For vertebrate organisms where a reference genome is not available, de novo transcriptome assembly enables a cost effective insight into the identification of tissue specific or differentially expressed genes and variation of the coding part of the genome. However, since there are a number of different tools and parameters that can be used to reconstruct transcripts, it is difficult to determine an optimal method.

The researchers use an example dataset from the vertebrate Anas platyrhynchos domestica (Pekin duck). They find that taking a subset of data enables a robust assembly to be produced by multiple methods without the need for very high memory capacity. The use of reads mapped back to transcripts (RMBT) and CEGMA (Core Eukaryotic Genes Mapping Approach) provides useful metrics to determine the completeness of assembly obtained. For this dataset the use of MK in the assembly generated a more complete assembly as measured by greater number of RMBT and CEGMA score. Merged single k-mer assemblies are generally smaller but consist of longer transcripts, suggesting an assembly consisting of fewer fragmented transcripts. The researchers suggest that the use of a subset of reads during assembly allows the relatively rapid investigation of assembly characteristics and can guide the user to the most appropriate transcriptome for particular downstream use. 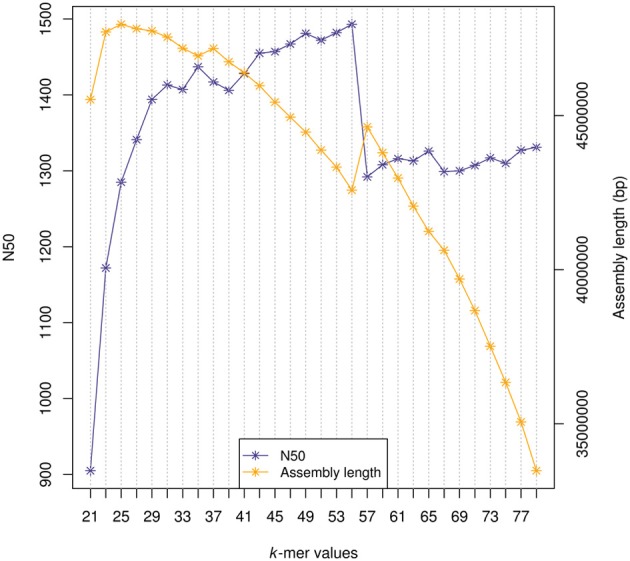