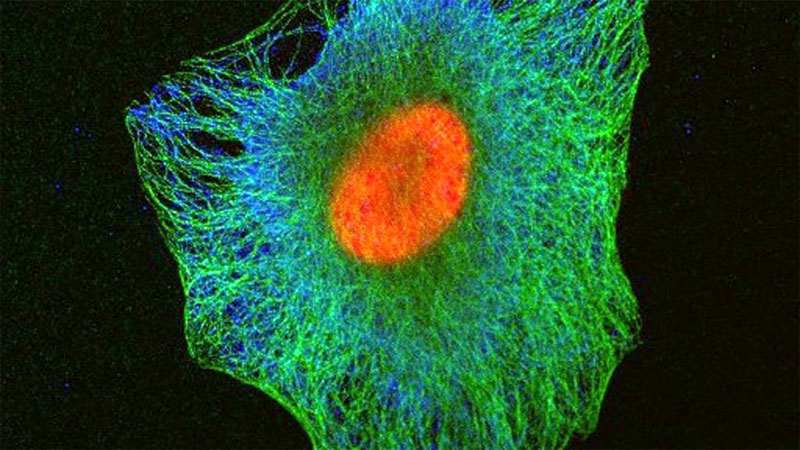 From STATNews by Meghana Keshavan

Every plant, animal, and fungus is made up of an intricate amalgam of cells. Each cell type has its own unique function, life cycle, and reaction to its environment. These factors, in aggregate, inform how living things live, the way disease manifests, and why we die.

Much of this synchronous web of biology is still a mystery: There’s so much we don’t understand about how individual cells work in tandem to keep a brain firing or a cancer metastasizing.

But scientists, using a powerful technology called single-cell sequencing, have begun to peel apart the precise mechanisms of how individual cells operate. By quickly analyzing thousands — even millions — of cells in a single experiment, it’s now possible to visualize the specific cellular culprits for any given disease, how they might interact with their microscopic peers, and what molecules are involved in the process.

“Imagine you were a biologist and didn’t have a microscope — and then I handed you one for the first time,” said Dr. Sam Behjati, a pediatric oncologist and single-cell researcher at the Wellcome Sanger Institute in Britain. “That’s how profound single-cell sequencing is. It lets us see what we haven’t seen before; it gives us a new instruction manual for life.”

Single-cell sequencing has tantalized scientists for several years. It was first described in 2009, and by 2013 earned the distinction of “Method of the Year” from Nature. Cost and technology hurdles initially kept its use at bay — but the field has begun to blossom as sequencing becomes more economical, and bioinformatic analysis becomes more reliable.