A streamlined ribosome profiling protocol for the characterization of microorganisms

Ribosome profiling is a powerful tool for characterizing in vivo protein translation at the genome scale, with multiple applications ranging from detailed molecular mechanisms to systems-level predictive modeling. Though highly effective, this intricate technique has yet to become widely used in the microbial research community. Here researchers from UCSD present a streamlined ribosome profiling protocol with reduced barriers to entry for microbial characterization studies. Thier approach provides simplified alternatives during harvest, lysis, and recovery of monosomes and also eliminates several time-consuming steps, in particular size-selection steps during library construction. Furthermore, the abundance of rRNAs and tRNAs in the final library is drastically reduced. Thier streamlined workflow enables greater throughput, cuts the time from harvest to the final library in half (down to 3–4 days), and generates a high fraction of informative reads, all while retaining the high quality standards of the existing protocol. 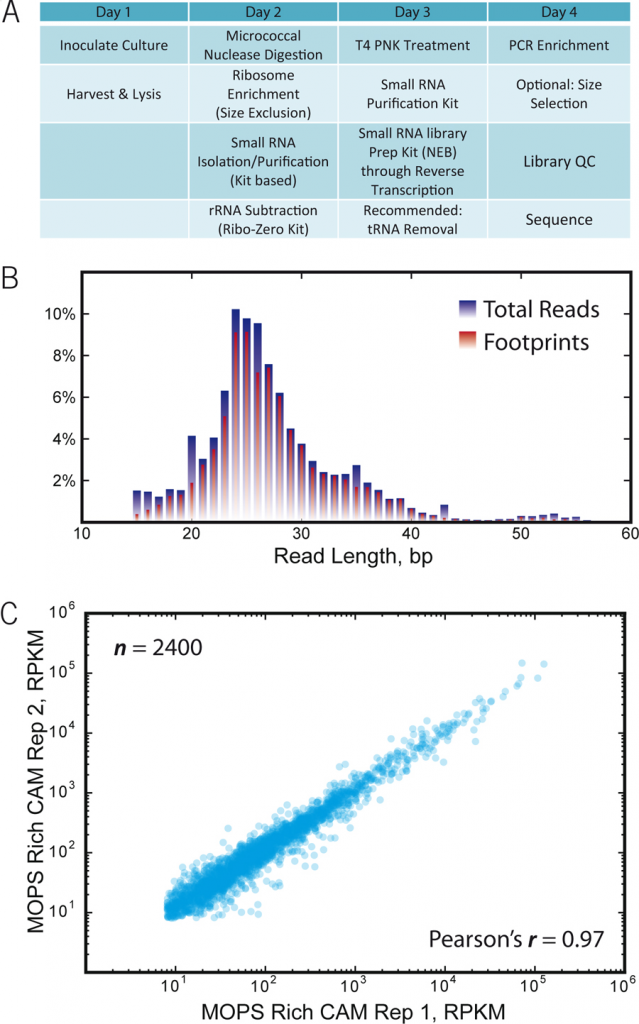