AstraZeneca and the Lieber Institute for Brain Development (LIBD), an affiliate of the Johns Hopkins University School of Medicine, first partnered in 2013. Ever since, scientists from both partners have worked side-by-side to interrogate emerging genetic data for neuropsychiatric and neurodevelopmental disorders, utilising genomics and induced pluripotent stem cell based models. The joint goal is to define new approaches to treating diseases of the brain by combining the expertise and experience of both partners.

The team’s latest study results were published in the journal Nature Medicine. This is the first study to identify a human-specific form of a protein related to AS3MT that represents new insight into the causative mechanisms of schizophrenia and related disorders, including depression, bipolar disorder and attention deficit hyperactivity disorder.

The publication describes how the team went beyond previously reported research to understand the molecular drivers for the association between the chromosomal region 10q24.32 and neuropsychiatric disorders.  By performing deep RNA sequencing on post-mortem human brain samples they identified over-expression of a novel human isoform of AS3MT named ASMTd2d3 as the genetic risk-factor.

This pioneering discovery has enabled the team to progress into pluripotent stem cell models where they can begin to understand how ASMTd2d3 effects developing and mature human neurons.  These efforts may identify future molecular targets for which we can design novel therapeutics to reverse the damage done by ASMTd2d3. 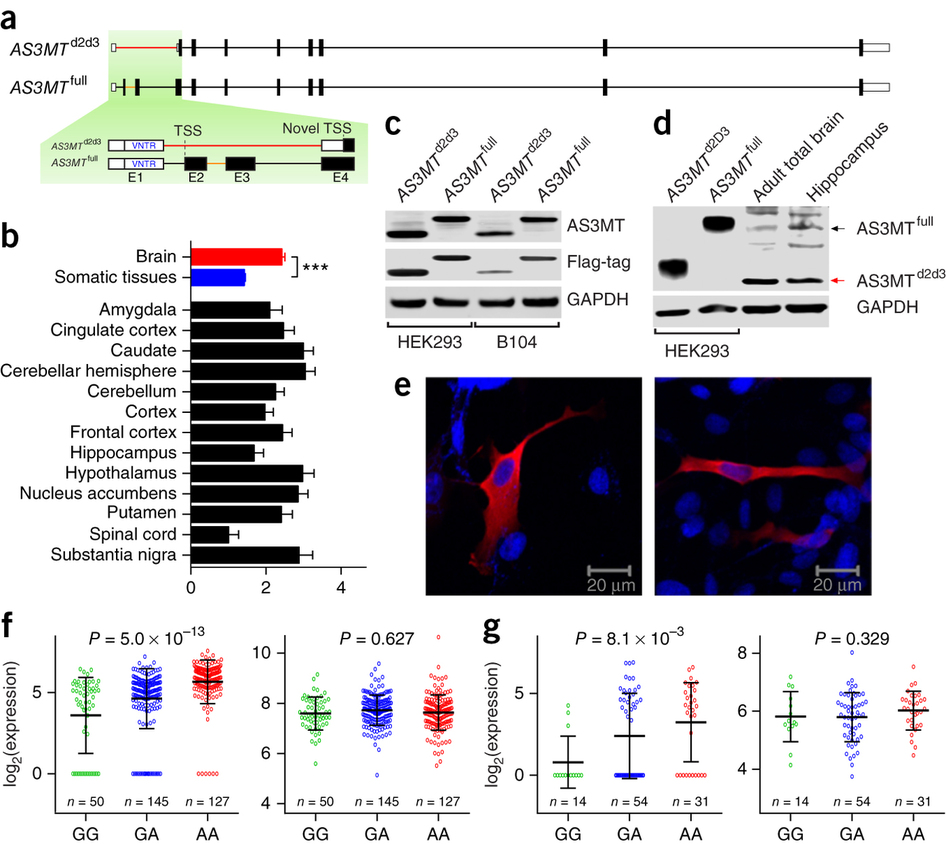 The findings were published in the May 2016 issue of Nature Medicine.