To date, not a single miRNA has been identified in bubaline (Bubalus bubalis), which is an economically important livestock. Researchers at the Guru Angad Dev Veterinary and Animal Sciences University aimed to predict the putative miRNAs of buffalo using comparative computational approach from buffalo whole genome shotgun sequencing data (INSDC: AWWX00000000.1). The sequences were blasted against the known mammalian miRNA. The obtained miRNAs were then passed through a series of filtration criteria to obtain the set of predicted (putative and novel) bubaline miRNA. Eight miRNAs were selected based on lowest E-value and validated by real time PCR (SYBR green chemistry) using RNU6 as endogenous control. The results from different trails of real time PCR shows that out of selected 8 miRNAs, only 2 (hsa-miR-1277-5p; bta-miR-2285b) are not expressed in bubaline PBMCs. The potential target genes based on their sequence complementarities were then predicted using miRanda. 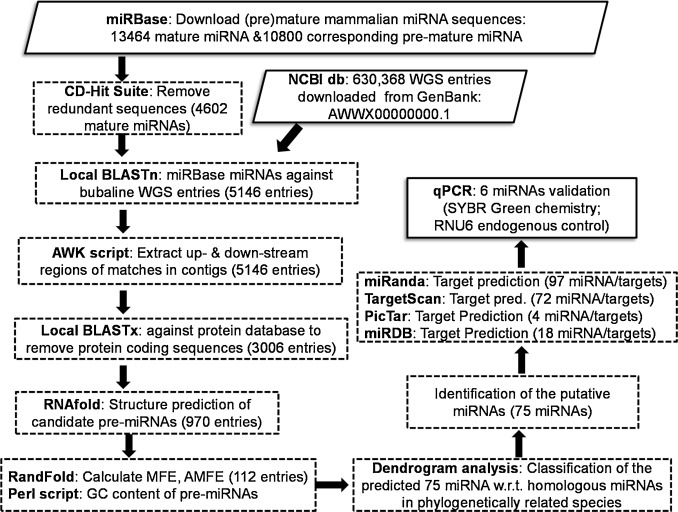 This work is the first report on prediction of bubaline miRNA from whole genome sequencing data followed by experimental validation. The finding could pave the way to future studies in economically important traits in buffalo.