As a revolutionary way to unveil transcription, RNA-Seq technologies are challenging bioinformatics for its large data volumes and complexities. A large number of computational models have been proposed for differential expression (DE) analysis and normalization from different standing points. However, there were no studies available yet to conduct disease biomarker discovery for this type of high-resolution digital gene expression data, which will actually be essential to explore its potential in clinical bioinformatics. Although there were many biomarker discovery algorithms available in traditional omics communities, they cannot be applied to RNA-Seq count data to seek biomarkers directly for its special characteristics.

In this work, researchers from Fordham University and the University of California, San Diego have presented a biomarker discovery algorithm, SEQ-Marker for RNA-Seq data, which is built on a novel data-driven feature selection algorithm, nonnegative singular value approximation (NSVA), which contributes to the robustness and sensitivity of the following DE analysis by taking advantages of the built-in characteristics of RNA-Seq count data. As a biomarker discovery algorithm built on network marker topology, the proposed SEQ-Marker not only bridges transcriptomics and systems biology but also contributes to clinical diagnostics. 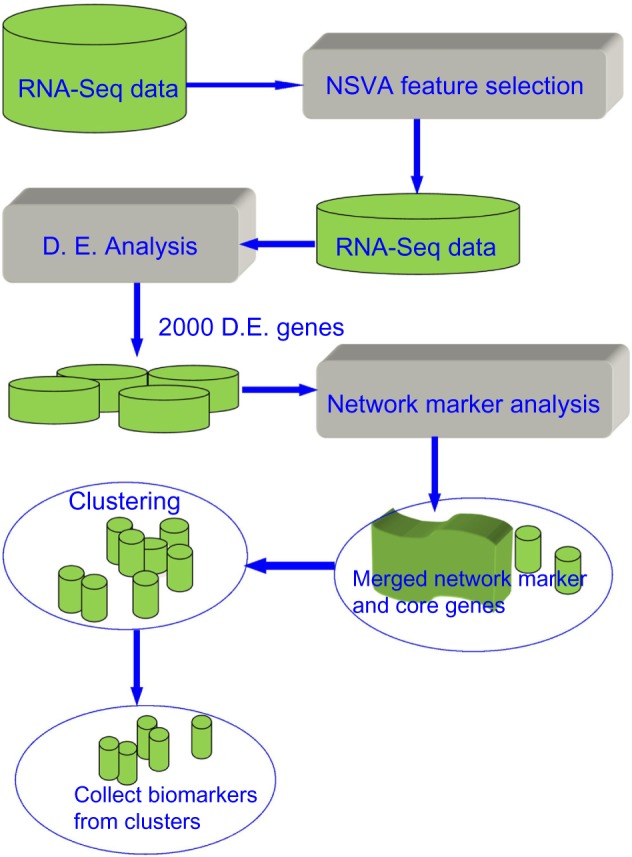