To allow efficient transcript/gene detection, highly abundant ribosomal RNAs (rRNA) are generally removed from total RNA either by positive polyA+ selection or by rRNA depletion (negative selection) before sequencing. Comparisons between the two methods have been carried out by various groups, but the assessments have relied largely on non-clinical samples.

In this study, researchers from Pfizer Worldwide Research and Development evaluated these two RNA sequencing approaches using human blood and colon tissue samples. Their analyses showed that rRNA depletion captured more unique transcriptome features, whereas polyA+ selection outperformed rRNA depletion with higher exonic coverage and better accuracy of gene quantification. For blood- and colon-derived RNAs, they found that 220% and 50% more reads, respectively, would have to be sequenced to achieve the same level of exonic coverage in the rRNA depletion method compared with the polyA+ selection method. Therefore, in most cases the researchers strongly recommend polyA+ selection over rRNA depletion for gene quantification in clinical RNA sequencing. Thier evaluation revealed that a small number of lncRNAs and small RNAs made up a large fraction of the reads in the rRNA depletion RNA sequencing data. Thus, that recommend that these RNAs are specifically depleted to improve the sequencing depth of the remaining RNAs. 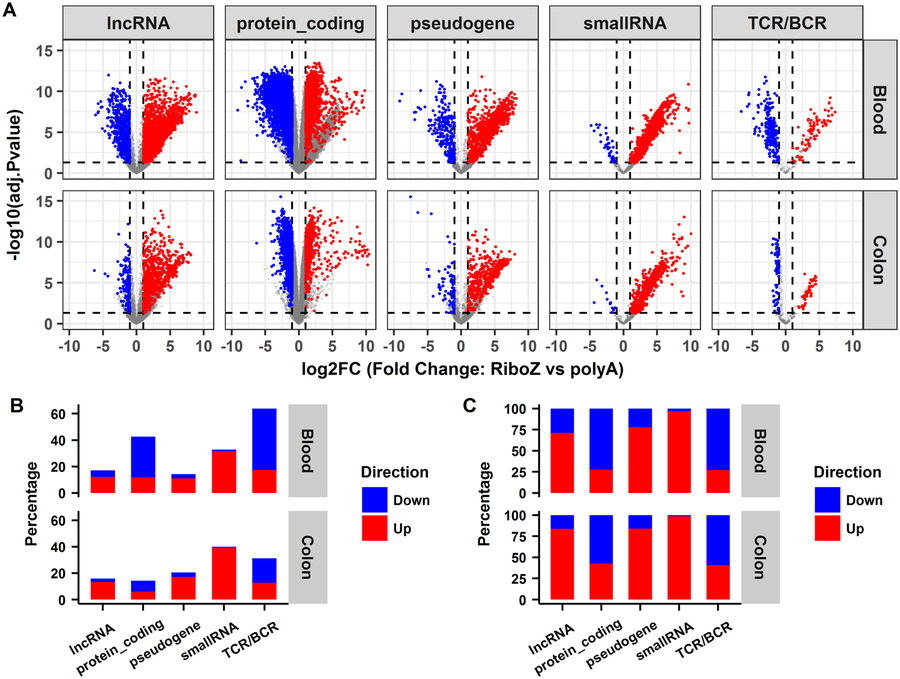