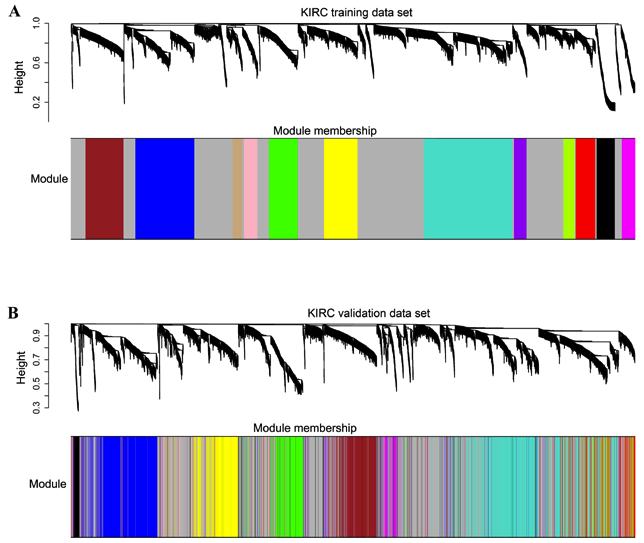 Results of a cluster analysis, and 12 modules identified from the gene expression networks. (A) Training set; (B) validation set. Gray represents no module.

These findings may help to advance the understanding of this disease, and may also provide potential biomarkers for therapeutic development.