Getting the most out of RNA-seq data analysis

A common research goal in transcriptome projects is to find genes that are differentially expressed in different phenotype classes. Biologists might wish to validate such gene candidates experimentally, or use them for downstream systems biology analysis. Producing a coherent differential gene expression analysis from RNA-seq count data requires an understanding of how numerous sources of variation such as the replicate size, the hypothesized biological effect size, and the specific method for making differential expression calls interact. Researchers from the University of Malaya set out to demonstrate such interactions in real RNA-seq data sets. 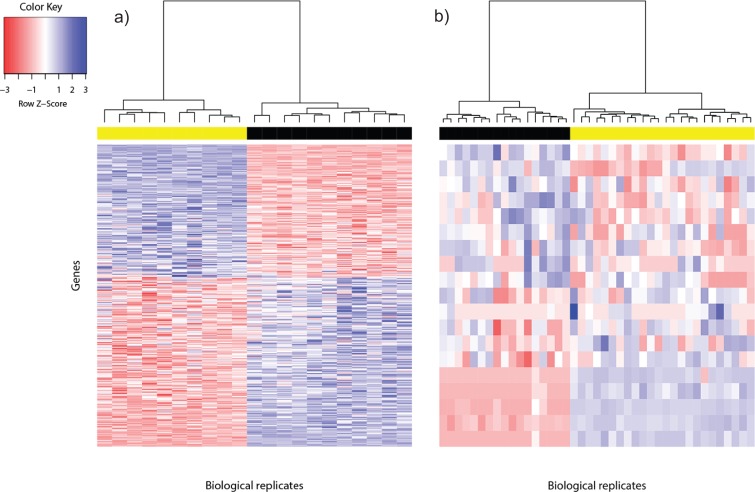 Heat map of differentially expressed genes in (A) Bottomly data set (362 DEG) and (B) Cheung data set (19 DEG). Phenotype class legend: (A) Black for DBA/2J strain (n = 11); yellow for C57BL/6J strain (n = 10). (B) Black for female (n = 17); yellow for male (n = 24). The heat maps were made using the gplots R package. Pairwise sample distances were estimated using the Euclidean distance and sample clustering was done using the Ward algorithm. The DEG were sorted based on the magnitude and sign of their t-statistic.

When biological effect size is weak, systems level investigation is not possible using RNAseq data, and no meaningful result can be obtained in unreplicated experiments. Nonetheless, NOISeq or GFOLD may yield limited numbers of gene candidates with good validation potential, when triplicates or more are available. When biological effect size is strong, NOISeq and GFOLD are effective tools for detecting differentially expressed genes in unreplicated RNA-seq experiments for qPCR validation. When triplicates or more are available, GFOLD is a sharp tool for identifying high confidence differentially expressed genes for targeted qPCR validation; for downstream systems level analysis, combined results from DESeq2 and edgeR are useful. 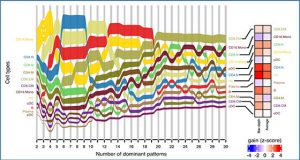