Clarifying gene expression in narrowly defined neuronal populations can provide insight into cellular identity, computation, and functionality. Here, researchers at the Howard Hughes Medical Institute used next-generation RNA sequencing (RNA-seq) to produce a quantitative, whole genome characterization of gene expression for the major excitatory neuronal classes of the hippocampus; namely, granule cells and mossy cells of the dentate gyrus, and pyramidal cells of areas CA3, CA2, and CA1. Moreover, for the canonical cell classes of the trisynaptic loop, the researchers profiled transcriptomes at both dorsal and ventral poles, producing a cell-class- and region-specific transcriptional description for these populations. This dataset clarifies the transcriptional properties and identities of lesser-known cell classes, and moreover reveals unexpected variation in the trisynaptic loop across the dorsal-ventral axis. The researchers have created a public resource, Hipposeq which provides analysis and visualization of these data and will act as a roadmap relating molecules to cells, circuits, and computation in the hippocampus. 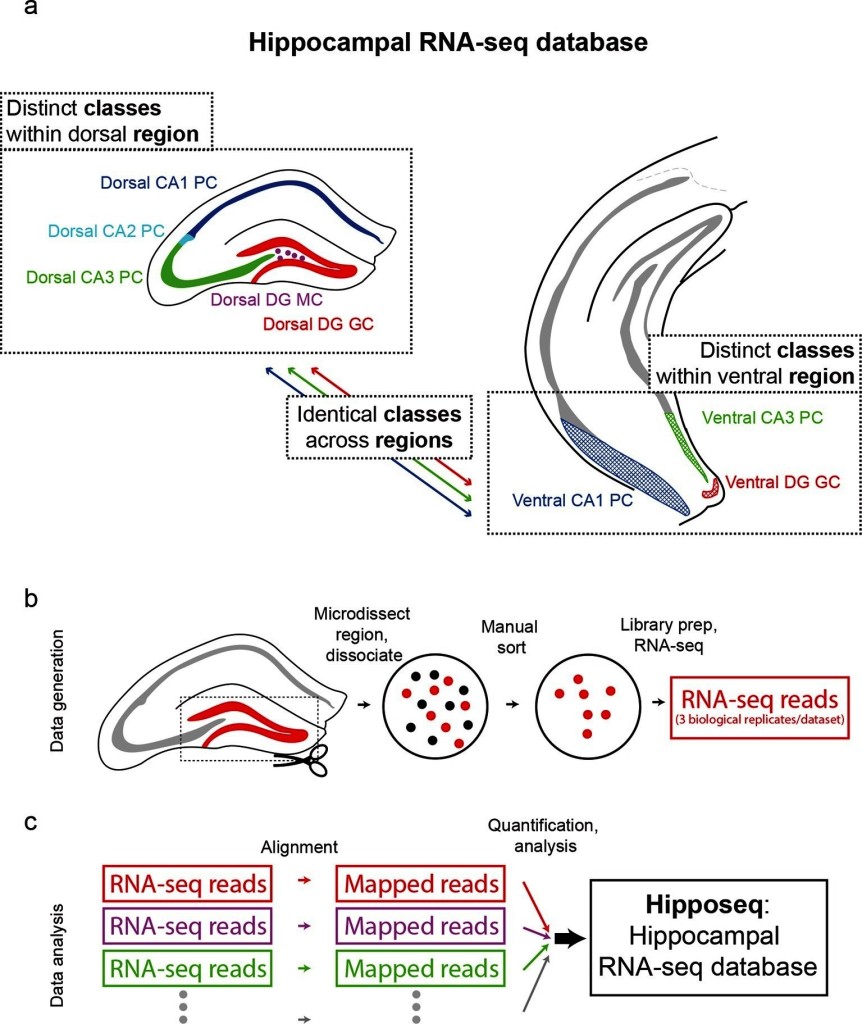 (a) Datasets included in the hippocampal RNA-seq characterization. Note, operationally, cell ‘class’ refers to gross cell type and ‘region’ refers to dorsal vs. ventral location. (b) Protocol underlying the generation of raw RNA-seq data. In a transgenic line in which cells of interest were fluorescently labeled (left), the region of interest was microdissected (dashed box). The isolated region was then dissociated, and labeled neurons were manually purified (middle). RNA-seq data was generated from the purified cells. (c) Protocol underlying the processing of RNA-seq data. Raw reads were aligned, and then expression was quantified and statistically analyzed. 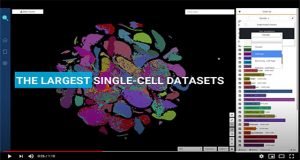