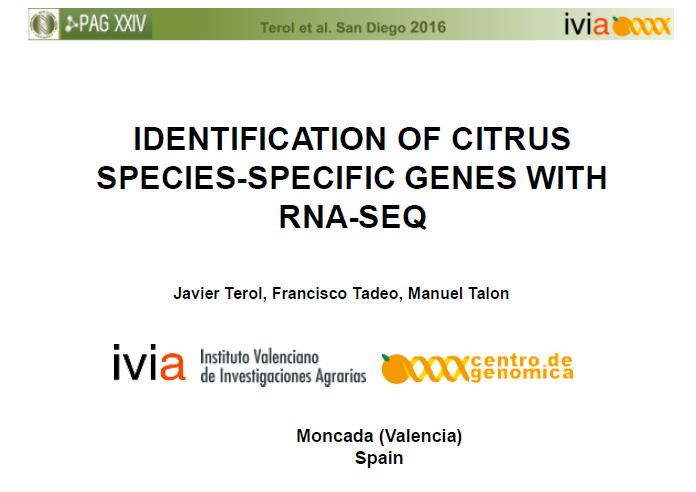 28 samples were used for RNA-Seq analysis, and total of 3421 million Illumina reads were produced and mapped against the reference C. clementina genome sequence. In order to identify new species-specific transcripts the non-mapping reads were de novo assembled using the Genome Workbench software. One assembly was carried out for each species.

Overall 202,625,127 Ilumina reads were assembled, affording 1.41 Gb of sequence. Assembly of reads per species yielded a total of 214,458 contigs, with an average of 19,496 contigs per species. 98,916 contigs that yielded no hits when used as queries against the C. clementina reference sequence were further analyzed. A BLASTX search was carried out in order to identify contaminant sequences, resulting in 3.954 contigs that display significant similarity with respect plant species, while the remaining ones were clearly similar to proteins from microorganisms or animals.

The plant contigs consensus sequences were reassembled with the Staden software and a total of 687 supercontigs were obtained, while 1559 consensus remained as singlets. Functional annotation with Blast2GO and further characterization of these transcripts will be reported. 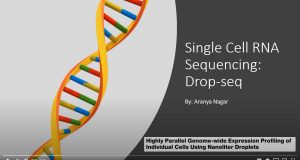 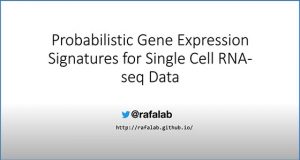 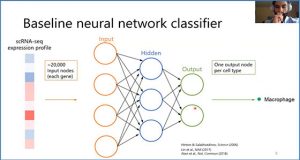 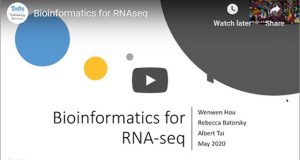 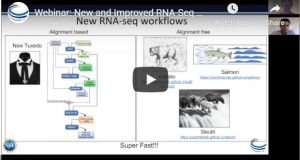