Genomic variants in both coding and non-coding sequences can have functionally important and sometimes deleterious effects on exon splicing of gene transcripts. For transcriptome profiling using RNA-seq, the accurate alignment of reads across exon junctions is a critical step. Existing algorithms that utilize a standard reference genome as a template sometimes have difficulty in mapping reads that carry genomic variants. These problems can lead to allelic ratio biases and the failure to detect splice variants created by splice site polymorphisms.

An overview of iMapSplice algorithm 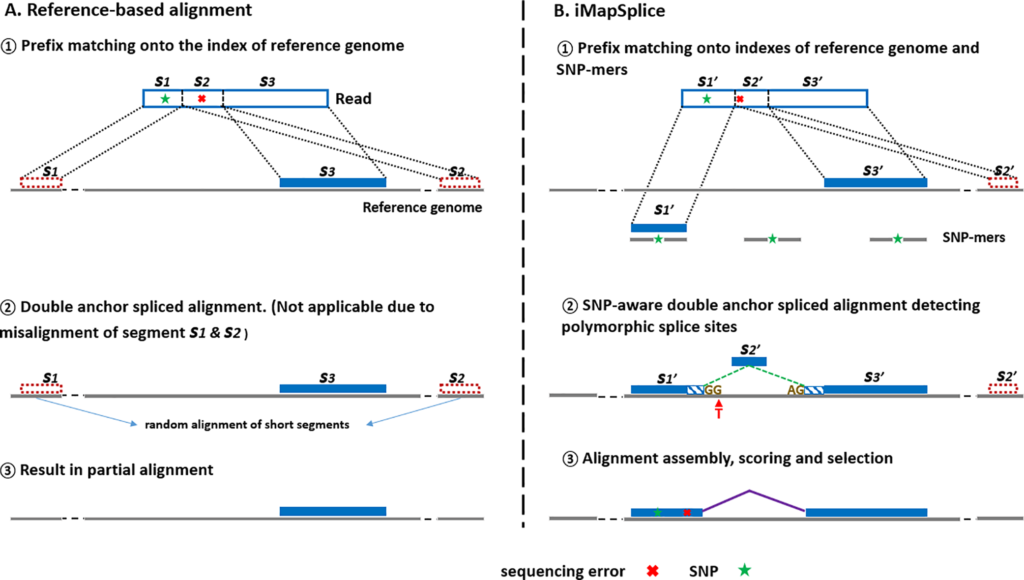 Tagged with: University of Kentucky