The nomination of candidate genes underlying complex traits is often focused on genetic variations that alter mRNA abundance or result in non-conservative changes in amino acids. Although inconspicuous in complex trait analysis, genetic variants that affect splicing or RNA editing can also generate proteomic diversity and impact genetic traits. Indeed, it is known that splicing and RNA editing modulate several traits in humans and model organisms. Using high-throughput RNA sequencing (RNA-seq) analysis, it is now possible to integrate the genetics of transcript abundance, alternative splicing (AS) and editing with the analysis of complex traits.

Researchers at MIT recently demonstrated that both AS and mRNA editing are modulated by genetic and environmental factors, and potentially engender phenotypic diversity in a genetically segregating mouse population. Therefore, the analysis of splicing and RNA editing can expand not only the regulatory landscape of transcriptome and proteome complexity, but also the repertoire of candidate genes for complex traits. 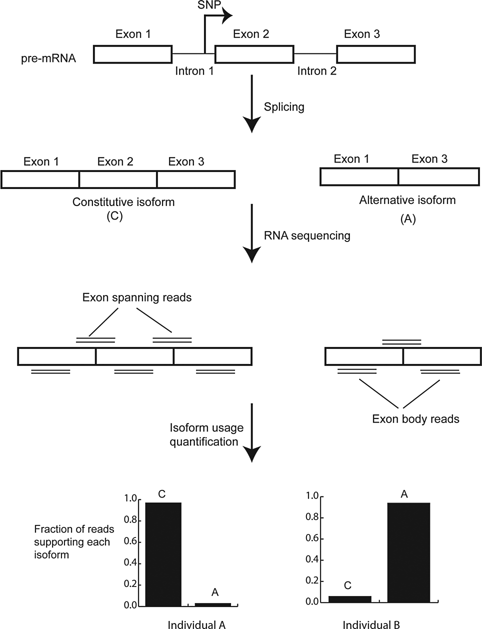