JAGuaR is an alignment protocol for RNA-seq reads that uses an extended reference to increase alignment sensitivity. It uses BWA to align reads to the genome and reference transcript models (including annotated exon-exon junctions) specifically allowing for the possibility of a single read spanning multiple exons. Reads aligned to the transcript models are then re-mapped on to genomic coordinates, transforming alignments that span multiple exons into large-gapped alignments on the genome. While JAGuaR does not detect novel junctions, the authors demonstrate how JAGuaR generates fast and accurate transcriptome alignments, which allows for both sensitive and specific SNV calling. 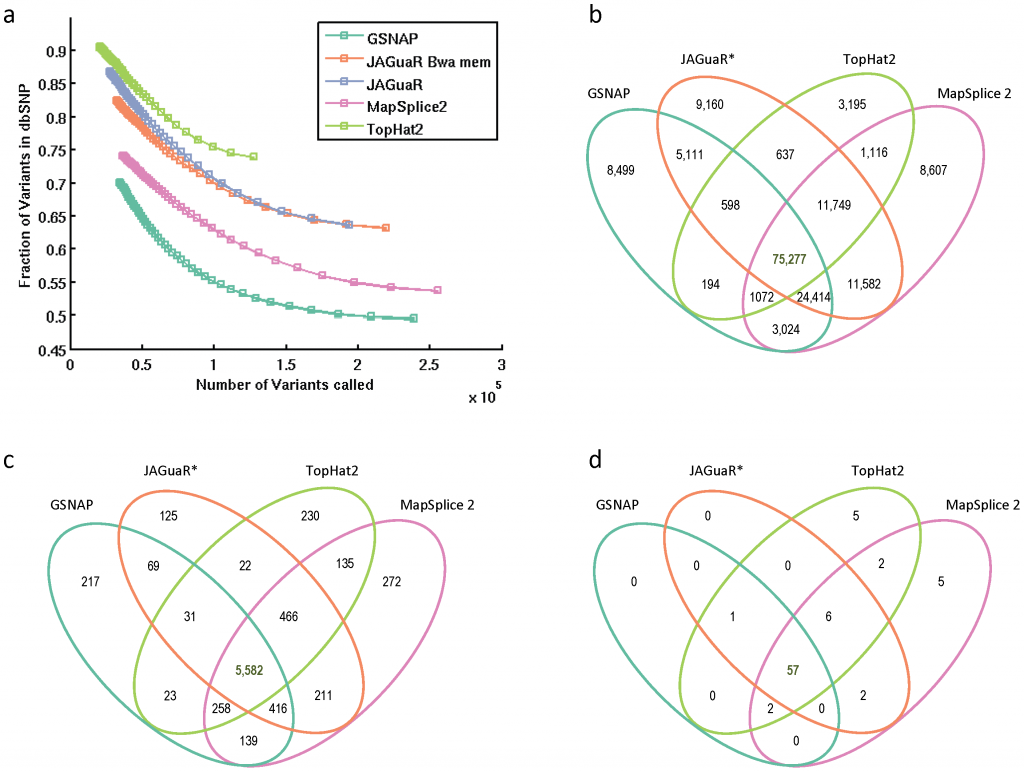