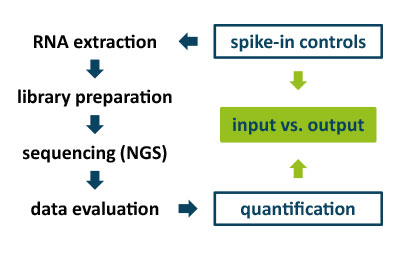 Transcript spike-in controls such as the ones devised by the External RNA Control Consortium (ERCC) have been successfully employed in RNA-Seq experiments to assess workflow and platform properties (Munroe et al., 2014). A limitation of these monocistronic, single-gene transcripts is their lack of complexity. Eukaryotic transcriptomes are characterized by extensive (alternative) splicing, alternative promoter and polyadenylation site usage, overlapping genes and rare events like the formation of fusion genes. This complexity prevents a straight-forward bioinformatics analysis. Accurate gene expression measurements require the reconstitution of transcript variants, which is complicated by incomplete and changing genome annotations and difficulties in sequence assembly. Progress in RNA preparation, library generation, sequencing and upstream bioinformatics algorithms have improved the determination of isoforms and their expression. However, the performance of these methods cannot be assessed adequately without known transcript spike-in controls of representative complexity. 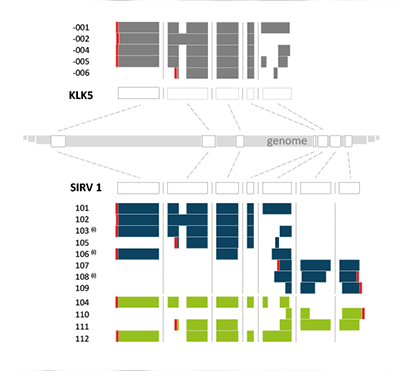 Figure 2 | Exon structures of transcript variants of 1 out of 7 SIRV genes. Transcript in blue are part of SIRV mixes, transcripts in green are only part of an over-annotation. (i) refers to transcripts that are omitted in an incomplete annotation. The polyadenylated 3’ end is marked in red, indicating sense and antisense orientations.

To address this gap, Lexogen has conceived Spike-In RNA Variants (SIRVs) for the quantification of mRNA isoforms in Next Generation Sequencing (NGS). Seven transcript variant sets were designed based on human gene structures but with artificial, heterologous sequences. For each of these 7 genes, 6-18 transcript variants comprehensively address alternative splicing, alternative transcription start and end sites, overlapping genes and antisense transcription. SIRVs can be spiked into total RNA samples – also alongside existing ERCC spike-in mixes – and are unambiguously identifiable in the resulting mRNA-Seq NGS data.

Lexogen has prepared a first series of three SIRV mixtures with defined concentrations and varying intra- and intermixture relative abundances. These mixtures are now available as part of a test program. “UB-RNA with controls” has the SIRV mixtures already spiked into human RNA and can be used instantly in any human RNA sequencing pipeline to be sequenced either on its own or as a multiplexed, barcoded aliquot. “Spike-In RNA Variants” contains the pure SIRV mixtures, which can be combined with any RNA. 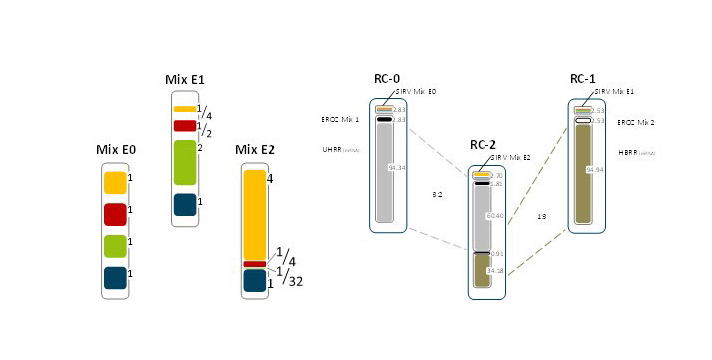 Figure 3 | Mixes available in the SIRV test program. (LEFT) Spike-In RNA Variants: Mixes E0, E1 and E2 contain 4 submixes in varying ratios to enable the analysis of transcript isoforms in concentrations differing up to 1:128 fold. (RIGHT) UB-RNA with controls: The SIRV mixes are also available as test-ready human reference RNA samples RC-0, RC-1 and RC-2, pre-spiked with E0, E1 and E2, in addition to the ERCC ExFold mixes 1 and 2.

The spiking of RNA samples with SIRV mixes of exactly known composition together with the a priori knowledge of accurate and complete gene annotations allow for a unique assessment of any RNA-Seq workflow that relies on transcript variants data.

If you want to evaluate your existing RNA-Seq pipeline and/or explore new experimental approaches, be it in library preparation, sequencing and/or data analysis, you can already include the SIRVs into upcoming experiments of your interest. The aim of this test program is to obtain a broad test base with respect to input material, library preparation, sequencing platform / sequencing modes, as well as the subsequent data processing routine. All participants should profit from this broad test scope, which excels the capacity of individual facilities.

Please refer to the Test Program section if you are interested in using the SIRV mixtures within this test program. 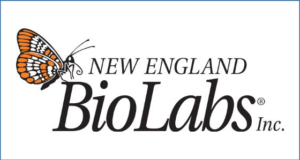