In about half of all patients with rare hereditary disorders, it is still unclear what exact position of the genome is responsible for their condition. One reason for this is the enormous quantity of information encoded in human genes. Scientists from the fields of informatics and medicine have now joined forces to find a solution: A team at the Technical University of Munich (TUM) and Helmholtz Zentrum München has developed a method that significantly increases the chances of a successful search. The new approach looks not only at DNA, but also at RNA. 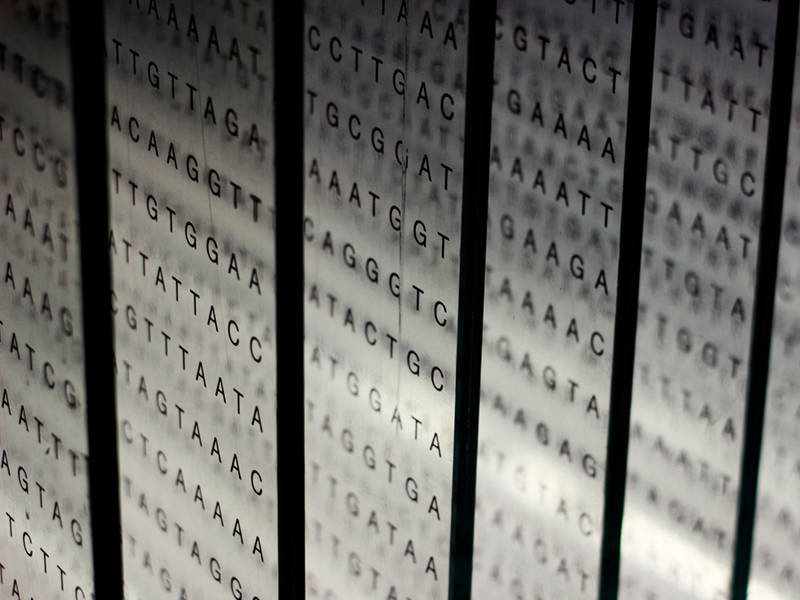 The human genome consists of Millions of base pairs. A new approach can help to identify genetic triggers for genetic disorders in this flood of data.

Taken in the aggregate, so-called rare illnesses are anything but rare. They affect about eight percent of the global population. The majority of these conditions have genetic causes.

To develop treatments, it is important to determine which genes trigger an illness. For some years, researchers have been able to sequence the entire genome. In other words, they can use a tissue sample from a patient to create a list containing all of the genetic information from a patient’s genetic material. The sequenced genome also contains the information on the mutations causing the illness. The difficulty is to find it.

“Imagine a list with three million base pairs. That’s an enormous amount of data in itself,” explains Dr. Holger Prokisch, who heads a research group at the TUM Institute for Humane Genetics and at the Helmholtz Zentrum München. The mere presence of mutated genes in the list is by no means proof that the cause of the illness has been found: Every person carries genetic variants. In most cases they are harmless.

In order to tell, which parts of the genome are altered, scientists have to compare different data sets. Without software, the search for the mutations that trigger diseases would be completely hopeless. And even with software, it is possible only with clever tricks. To limit the volume of data, for example, the search is often restricted to the “coding” regions of the genome. As a result, the analysis excludes segments of genes that do not contain specific instructions to build a molecule. But even with this approach, the success rate is just 50 percent.

An international team from the fields of medicine and informatics headed by Prof. Prokisch and Julien Gagneur, a professor of computational biology at TUM, has developed a new approach that complements previous methods.

“Our approach was to sequence not only the DNA but also the RNA from cells,” says Laura Kremer, a first author of the study. RNA – ribonucleic acid – is the name for a group of molecules in the cell whose function includes executing the blueprints coded in the DNA. Based on the composition and number of RNA molecules, the team was able to draw conclusion about specific problems in the DNA.

“A particular advantage of this method is that sequencing RNA reveals where the errors in executing the code from the DNA are. Even when there is no variation in the blueprint for a given molecule, variations in non-coding parts of the genome may influence how the blueprint is realized,” says Daniel Bader, who is also a first author. Looking only at the coding parts of the genome, these variations would not register. Sequencing the whole DNA, in turn, makes it possible to see all variations but does not tell researchers whether they have any effects at all.

In their study, the team investigated skin cell cultures taken from 48 patients with mitochondrial hereditary conditions. These conditions affect the metabolism of individual cells. Using new algorithms, they were able to make a definite identification of the triggering gene in ten percent of the samples. In the remaining 90 percent, they were able to narrow down the number of candidates to just a few genes. 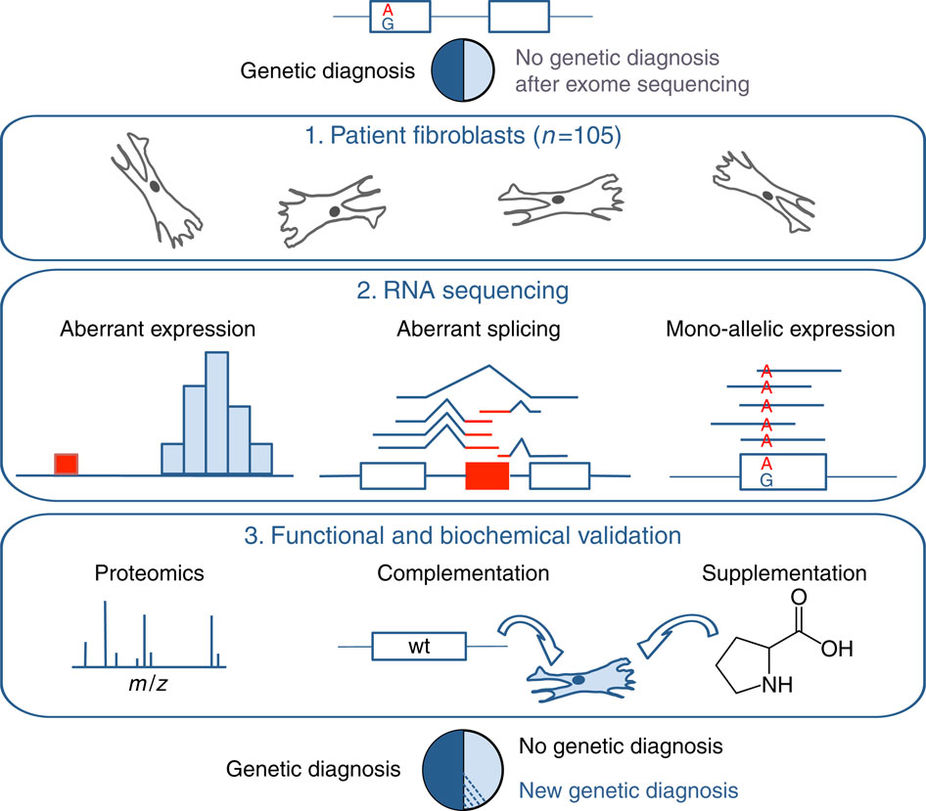 The approach we followed started with RNA-seq of fibroblasts from unsolved WES patients. Three strategies to facilitate diagnosis were pursued: Detection of aberrant expression (for example, depletion), aberrant splicing (for example, exon creation) and MAE of the alternative allele (for example, A as alternative allele). Candidates were validated by proteomic measurements, lentiviral transduction of the wild-type (wt) allele or, in particular cases, by specific metabolic supplementation.

Holger Prokisch says that the procedure can be adapted to analyze other genetic conditions besides the mitochondrial diseases. “What’s more, we use skin cells for our cultures, which can be removed almost pain-free. Especially with sick children, this is important.” Parallel to the work of Prokisch, Gagneur and their team, a group at the Broad Institute in the USA was working on a similar approach. However, their cell cultures used muscle tissue, which can be sampled only through a relatively invasive procedure.

Julien Gagneur is convinced that RNA sequencing will become a routine method for doctors in the future, alongside genomic analysis: “To find the causes of rare genetic conditions, it is essential to investigate the non-coding part of the genome as well. That’s exactly what our method can do.”

This study was made possible partly through the  E-Rare Project GENOMIT and through the Junior Alliance mitOmics from the funding scheme e:Med of the Federal Ministry of Education and Research (BMBF) promoting system-oriented research into diseases.