OOPS is a simple method to study RNA-protein interactions

Researchers from the University of Cambridge have developed a new method to capture protein-RNA complexes which is compatible with downstream proteomics or RNA-Seq.

The new method is based on the acid guanidinium thiocyanate-phenol-chloroform (AGPC) which is commonly used to extract RNA. In this method, RNA is partitioned into an aqueous phase, protein to the organic phase, DNA the interface and organic phase, and lipids the interface. Applying 254 nm UV crosslinking generates protein-RNA adducts which are “pulled” in both directions and thus end up at the interface. Extraction of this interface and repeated rounds of AGPC phase separation yields an interface enriched in protein-RNA adducts without free protein or RNA. Subsequent treatment of the adducts with proteinase K or RNase digests one half of the adduct and a final round of AGPC returns the remaining RNA or protein to the aqueous or organic phases, respectively. This simple method yields much more material than current techniques to enrich RNA-protein complexes and can be used to quantitatively study either protein-bound RNA or RNA-bound protein.

In their recent Nature Biotechnology publication, Queiroz, Smith & Villanueva et al demonstrate that all long RNAs are bound by protein and sequence the RNA to show that OOPS recovers all cross-linked RNA. After proteinase K digestion, a few amino acids remain on the RNA at the site of crosslinking which in turn inhibits reverse transcription across the crosslink site. Whilst this means slightly more RNA is required to generate RNA-Seq libraries, an upshot is that the RNA-Seq read coverage profiles inform the site of crosslinking.  By comparing the profiles for crosslinked and non-crosslinked samples, protein occupancy sites can thus be detected. Since OOPS recovers all RNA, protein occupancy can be assessed across the entire transcriptome, including non-coding RNAs. The Nature Biotechnology publication is a proof of principle that OOPS can be used to quantify protein binding systematically and modifications to the RNA-Seq library preparation would be expected to yield improved resolution. This approach could help identify global changes in RNA binding between healthy and disease states, or changes in RNA binding across biological conditions.

Having demonstrated that OOPS recovers all crosslinked RNA, the researchers interrogated the bound protein to generate the first full RBPomes of human cell lines, identifying 926 putative novel RBPs. Importantly, OOPS is 100 times more efficient than current methods, thus replicate samples can be easily obtained for multiple conditions. This allowed them to assess differences in RNA binding between nocodazole arrested and released cells. Finally, since OOPS is not dependent on any RNA feature, they were able to obtain the first draft RBPome catalog for a bacterium, the model organism E. coli.

OOPS has the potential to be very useful to further our understanding of the role of RNA binding in biological processes, and to elucidate the etiology of neurological diseases known to involve perturbations in RNA binding, such as amyotrophic lateral sclerosis. 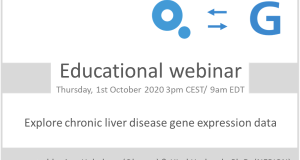