Genotyping by sequencing (GBS) methods include genome reduction by restriction digestion. However, the amount of DNA after reduction may still be large and yield too much sequence per sample. Many of the identified SNPs are located within non-genic regions, and hence are of lesser functional value. RARseq is a cDNA-based GBS technique that enables the discovery of SNPs and alleles mainly from transcribed regions in the genome. The RARseq technique, developed by researchers at the University of Georgia, starts with mRNA transcriptome, which is very small comparing to whole genomes. Constructing RARseq libraries is straightforward and depends greatly on the quality of starting RNA material. High level multiplexing can be attained (in an ongoing experiment, the researchers multiplexed over 210 RARseq libraries). In silico digestion of the transcriptome using a variety of restriction enzymes can provide a guide to the expected number of fragments and their length distribution. Restriction digestion of double stranded cDNA adds another level of genome reduction and assures balanced representation among samples. 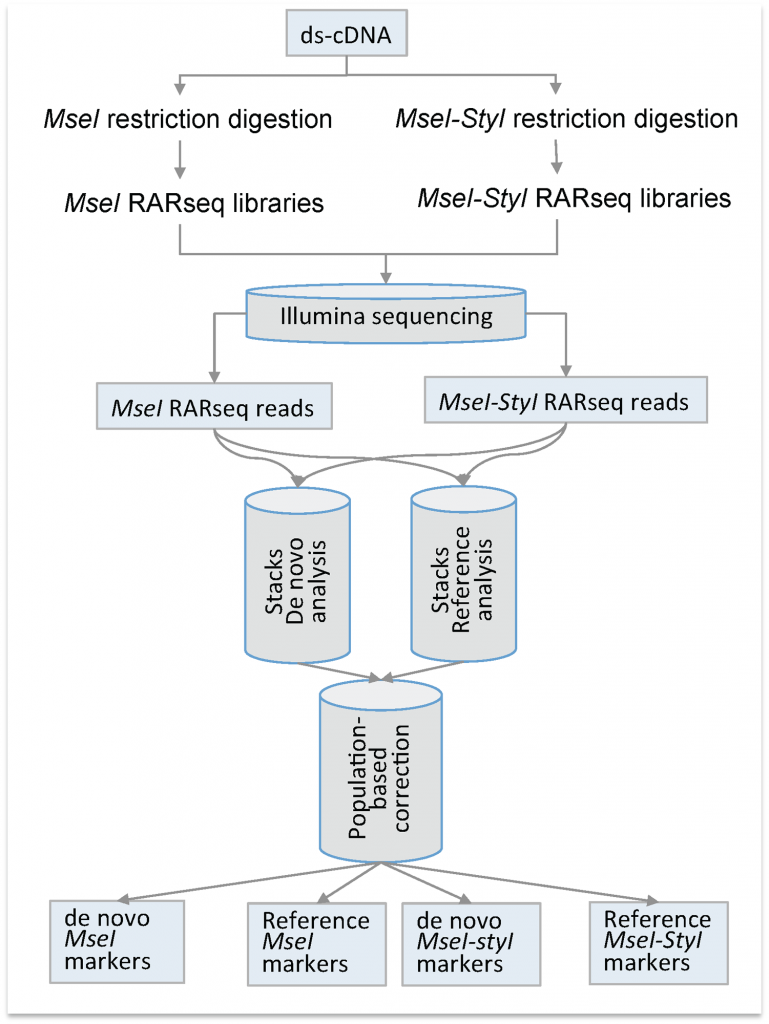 The flowchart illustrates workflow and analysis guidelines of the RARseq method.

Tagged with: genotype by sequencing genotyping RARseq University of Georgia