San Diego—A new study suggests that the presence of microRNA in the blood may be a predictive and/or contributing factor in the persistence of severe axial pain after major trauma. According to the study, presented at the 2015 annual meeting of the American Society of Anesthesiologists, blood samples taken from patients after motor vehicle collisions revealed significant microRNA-related differences in individuals who ultimately developed pain compared with those who recovered (abstract A3004).

“These data support the hypothesis that the study of microRNA circulating in the early aftermath of motor vehicle collision may predict and provide insights into the pathogenesis of pain development,” said Sarah Linnstaedt, MD, assistant professor of anesthesiology at the University of North Carolina at Chapel Hill. “These data also suggest that microRNA may play a role in sex-dependent differences in persistent pain outcomes following stress exposure.”

“MicroRNA have been used as biomarkers in whole blood for detection of pancreatic cancer, Alzheimer’s disease and even heart disease,” she said. “They also play a role in almost every known biological process of the cell, even contributing to disease pathogens. Because of this, individuals are working on creating therapeutics that either target microRNA or antagonize microRNA.”

Although pain resulting from trauma is thought to be caused by tissue injury, Dr. Linnstaedt indicated that recent evidence has shown the pain mechanism to be a complex interaction between the nervous system, stress response and immune system. 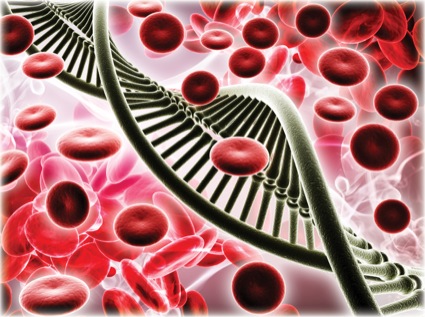 To minimize population bias, Dr. Linnstaedt and her colleagues enrolled only blacks in the study. The researchers collected blood samples from 59 individuals (60% female) in the immediate aftermath of motor vehicle collision. They then performed small RNA sequencing on the RNA samples.

“In this particular cohort, 40% will develop persistent pain,” said Dr. Linnstaedt. “This pain can be either regional or it can be widespread. The most common and most morbid persistent pain is in the axial regions: the upper back and shoulder and neck region. Because of the commonality and morbidity of this outcome, this is what we focused on for our research.”

In this small population sample, the researchers were able to show that 32 microRNA samples predicted persistent axial pain.

“The full changes ranged from almost fourfold lower to 2.5-fold higher in individuals who developed pain versus those who recovered,” said Dr. Linnstaedt. “Interestingly, a number of these microRNA have been shown to be associated with pain or stress phenotypes previously.”

In addition, when researchers examined the chromosomal origin of these 32 microRNA, they found that 25% originated from the X chromosome, which is more than would be predicted based on chance.

“If we look more closely at these X chromosome microRNA, they predict pain better in women than they do in men,” Dr. Linnstaedt observed. “Although not all statistically significant, we found that these microRNA on the X chromosome showed consistently higher expression in women than men, suggesting that microRNA may play a role in sex-dependent differences in post-trauma pain development.”

“We just received funding to look into sexual assault survivors to see if microRNA might predict pain in that cohort,” said Dr. Linnstaedt. “We’re also using these cohort analyses to generate hypotheses that we might test in relevant animal and cellular models.”