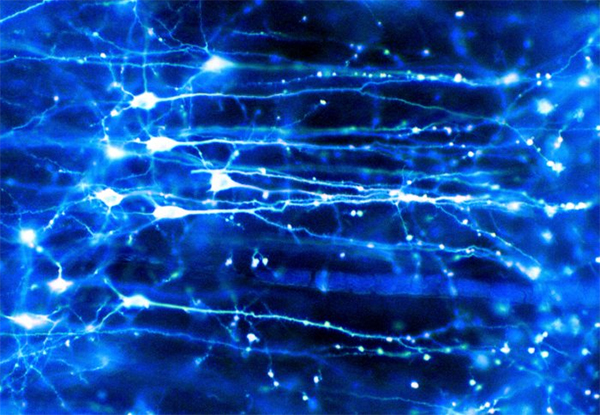 Study reveals how tuberculous meningitis (TBM) damages the nervous system along similar lines as chronic brain conditions such as Alzheimer’s.

Tuberculous meningitis (TBM) is the most severe form of TB, with a high rate of mortality. It occurs when tuberculosis bacteria enter the body, pass into the bloodstream and travel to the meninges – the connective tissue which covers the brain and spinal cord. The impact of the infection on the nervous system can leave patients with serious long-term health issues, such as epilepsy and paralysis.

TBM is treatable, but the mechanisms by which the disease damages the brain and wider nervous system are still unclear. Gaining a more complete understanding of the immune responses and disease pathways involved in TBM is vital to developing new, more effective treatments.

To investigate, researchers at Imperial’s Department of Infectious Disease and the University of Cape Town analysed samples of blood and cerebrospinal fluid (an important bodily fluid found in the brain and spinal cord) taken from paediatric patients with TBM. For the first time, the results of the study published in Nature Communications show how immune responses to the disease are compartmentalised, differing significantly between two distinct areas of the nervous system. More specifically, the findings indicate that the disease relies on some of the same mechanisms to damage and kill brain cells as those seen in brain injury (TBI), epilepsy, Alzheimer’s and Huntingdon’s disease.

The study team analysed samples of both blood and cerebrospinal fluid (CSF) taken from children with TBM, or other cerebral infections, and a group of healthy controls. CSF was sampled from two different areas: the lumbar (lower spine) and ventricle (cavity in the brain responsible for producing, transporting and removing CSF).

Using RNA sequencing, researchers were able to identify a genetic ‘signature’ in the blood of patients with TBM which demonstrated distinct immune responses. The pattern of genes showed increased activation of the inflammasome – a vital network of proteins in cells which detect disease-causing microorganisms and galvanise inflammatory responses – and decreased activation of T cells, which play a crucial role in controlling how the immune system fights infection and disease.

A new exploration of the nervous system

The team then sequenced CSF taken from the ventricle of TBM patients to better understand specific cellular responses in the brain. They found that the disease was able to damage and kill nerve cells in the brain by excessively stimulating them via a specific kind of neurotransmitter (a type of chemical messenger) called glutamate, which plays important roles in learning and memory. Other research has previously linked excessive glutamate and the overstimulation of brain cells (neuro-excitotoxicity) with chronic brain disorders such as Alzheimer’s and Huntingdon’s, as well as acute brain injury conditions such as traumatic brain injury (TBI) and epilepsy.

Looking to the wider nervous system, the team sequenced CSF taken from the lumbar. Here, they observed a unique genetic pattern when compared to that identified in the ventricle, indicating distinct biological processes in these two areas. In the lumbar, researchers observed more markers of inflammation, including a greater number of neutrophils – white blood cells which help to protect the body from infection – in comparison to the ventricle. They also observed more evidence of cytokine signalling, an important process by which immune cells are called to action to fight foreign and disease-causing microorganisms.

Commenting on the significance of the study, senior author Dr Rachel Lai said: “Our research has pinpointed a pathological metabolomic process known to other neurological diseases, but never before described in cerebral infection. These new findings have the potential to be used as future therapeutic targets or as diagnostic tools.”

Due to its small sample size and the difficulty of obtaining CSF, more research is needed to confirm the results of the study. The team will now undertake a more targeted investigation of the disease mechanisms uncovered by their findings.

Dr Lai added: “We are currently validating the findings with an adult meningitis cohort using both transcriptomic and metabolomic approaches, which should hopefully tell us more about the underlying disease pathologies.”