The use of massively parallel RNA sequencing (RNA-seq) has revealed insights into human and pathogen genomes and their evolution. Dual RNA-seq allows simultaneous dissection of host and pathogen genomes and strand-specific RNA-seq provides information about the polarity of the RNA. This is important in the case of negative-strand RNA viruses like influenza virus, which generate positive (complementary and mRNA) and negative-strand RNAs (genome) that differ in their potential to trigger innate immunity.

Here, researchers from the US FDA characterize interactions between human bronchial epithelial cells and three influenza A/H3N2 strains using strand-specific dual RNA-seq. The researchers focused on this subtype because of its epidemiological importance in causing significant morbidity and mortality during influenza epidemics. They report novel elements that differ between seasonal and laboratory strains highlighting the complexity of the host-virus interplay at the RNA level. 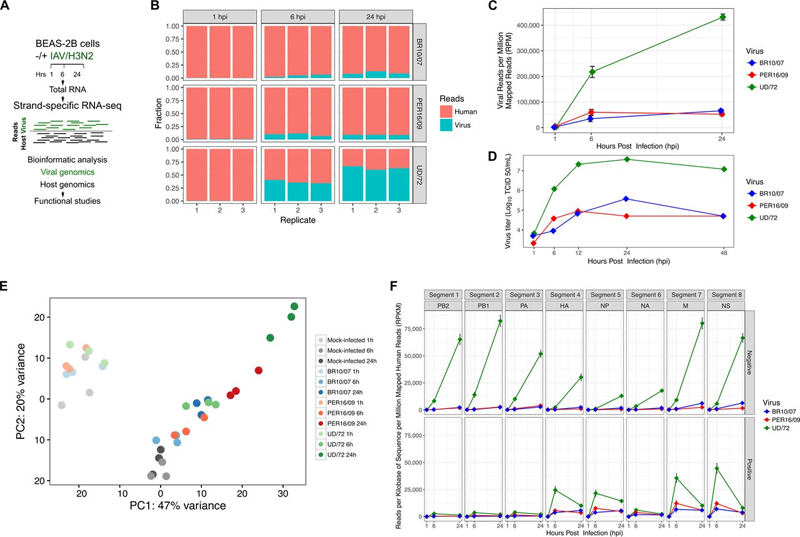