RNA sequencing is leading to a new understanding of metastatic cancer 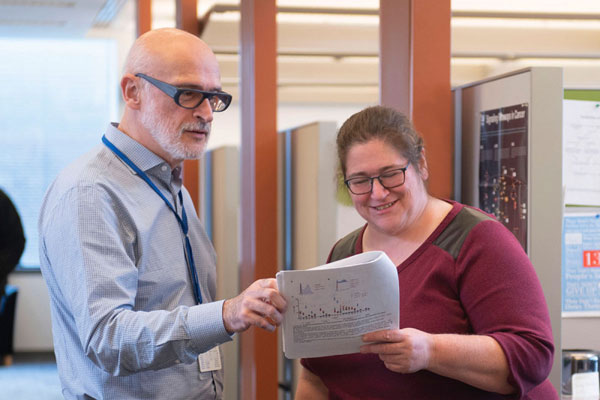 When Karuna Ganesh came to Memorial Sloan Kettering as an oncology fellow in 2013, she already knew she wanted to do research. A physician-scientist by training, she has a passion for seeking answers to fundamental scientific questions. But it was spending time with people with cancer during her first-year rotations that convinced her what her research focus would be.

“It was obvious that metastasis is the number-one most pressing clinical problem in oncology,” she says. “I saw many patients whom we could no longer hope to cure because their cancer had spread.” Ultimately, metastasis is responsible for about 90 percent of cancer deaths.

The question that she and others want to answer is why. Why is it so hard to cure people with metastatic cancer? What is it about metastatic cells that allows them to thwart doctors’ best therapies?…

…But not every cancer cell in a tumor is capable of metastasis. And that leaves unsolved the nagging question of what makes this subset of cells different.

To analyze gene expression in metastatic cells, SKI researchers are taking advantage of a powerful technique called single-cell ribonucleic acid sequencing (RNA-seq). This approach analyzes the messenger RNA inside of cells to determine which genes are expressed. And it can be done with single-cell precision.

“Without going down to the level of single cells, we aren’t fully able to understand what’s going on and what is driving a particular cancer,” says computational biologist Dana Pe’er, who, in collaboration with the Massagué lab, is using this approach to analyze what is different about metastasis-initiating cells compared to other cells in a tumor.

Dr. Pe’er joined SKI in 2016 as Chair of the Computational and Systems Biology Program as well as Scientific Director of the Alan and Sandra Gerry Metastasis and Tumor Ecosystems Center. She came to MSK in part to apply single-cell sequencing to the toughest problems in cancer research.

In a recent collaboration with SKI Immunology Program Chair Alexander Rudensky, Dr. Pe’er used this technique to study cells taken from human breast tumors, as well as normal breast tissue, blood, and lymph node tissue. They analyzed 45,000 immune cells taken from eight tumors and 27,000 additional immune cells. Their goal was to compare the features of immune cells in tumors to those in normal tissues, to identify which features correlate with disease progression.

“Until very recently, analyzing the data from thousands of cells at the same time would have been a major undertaking,” Dr. Rudensky says. “But thanks to the transformative work that’s been done by Dr. Pe’er’s team, we can start to grow this area of immunology research.”

Identifying differences among immune cells in the tumor area could explain why cancer treatments that harness the immune system, called immunotherapies, don’t always work the same way in each person. Some types of immune cells attack cancer, while others protect tumor cells from harm.

“From this work, we can start to think about how to develop immunotherapy that’s custom-built for people based on their individual tumor microenvironment,” Dr. Rudensky says.