Small nucleolar RNAs (snoRNAs) are an abundant type of non-coding RNA with conserved functions in all known eukaryotes. Classified into two main families, the box C/D and H/ACA snoRNAs, they enact their most well characterized role of guiding site specific modifications in ribosomal RNA, through the formation of specific ribonucleoprotein complexes, with fundamental implications in ribosome biogenesis. However, it is becoming increasingly clear that the landscape of snoRNA cellular functionality is much broader than it once seemed with novel members, non-uniform expression patterns, new and diverse targets as well as several emerging non-canonical functions ranging from the modulation of alternative splicing to the regulation of chromatin architecture.

In order to facilitate the further characterization of human snoRNAs in a holistic manner, University of Sherbrooke researchers introduce an online interactive database tool: snoDB. Its purpose is to consolidate information on human snoRNAs from different sources such as sequence databases, target information, both canonical and non-canonical from the literature and from high-throughput RNA–RNA interaction datasets, as well as high-throughput sequencing data that can be visualized interactively. 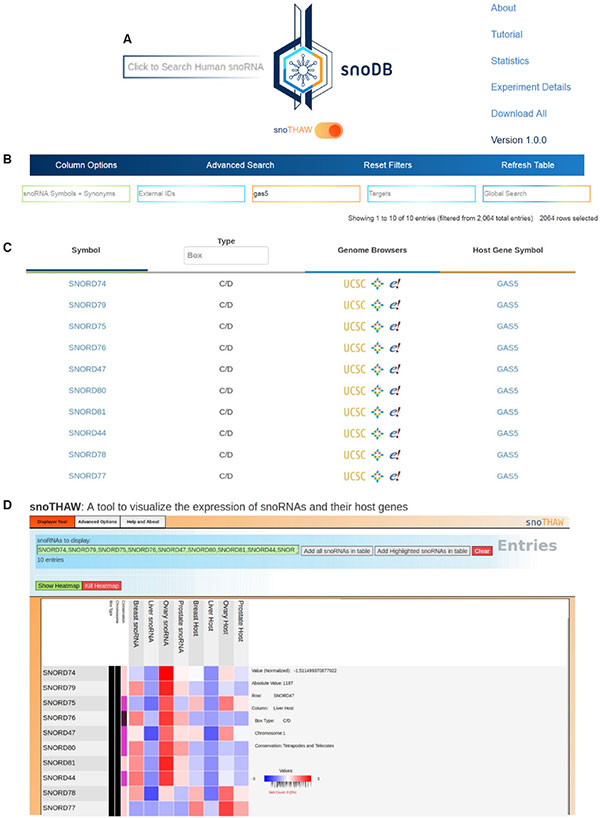 (A) The snoDB logo, basic search engine and links to information pages. (B) A menu bar with options to control the content and appearance of the table. (C) snoDB’s main table where data are displayed and can be interacted with. By default, all 2064 snoRNA entries are shown by scrolling down. (D) The snoTHAW interface with the heatmap visualization beneath. 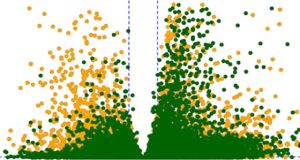