RNA in the cell is comprised of a variety of populations, including traditional poly-adenylated messenger RNA (polyA RNA), non-adenlyated RNA, which may be coding or regulatory, ribosomal RNA (rRNA) and small and micro RNA.  The first step to success in your RNA-seq project is to determine which of these populations you wish to assay.  All of the planning of experimental set-up can be for naught without proper preparation.  Proper sample collection and preservation is an important consideration.  While cultured cells can be simply grown and harvested in a more controlled time frame and environment, collection of flow sorted samples, tissue samples, blood or body fluid may require more planning, such as coordination of schedules, storage of a sample prior to extraction, or transfer of a sample between laboratories.  Preservation can be accomplished in many ways.  Some samples can simply be frozen at -80°C directly.  Alternatively samples can be submerged in an RNA preservation reagent such as RNAlater to allow the investigator to store a sample for prolonged periods before isolating RNA.  Some sample types, including blood and serum, contain very high levels of RNAse which will degrade the nascent RNA to be studied very quickly.  Preservation of blood can be done using PAXgene tubes or RNAlater.  However, both preservation methods require unique RNA extraction protocols downstream.  Individuals wishing to carry out small RNA sequencing need to use appropriate RNA isolation techniques to ensure small RNAs are retained.  Many commonly used column-based extraction kits fail to reproducibly retain RNA under 50-70 nucleotides which can result in skewing of the RNA-seq result. The importance of the selection of the most appropriate sample collection, preservation and RNA extraction method cannot be overstated in the success of your RNA-seq project. 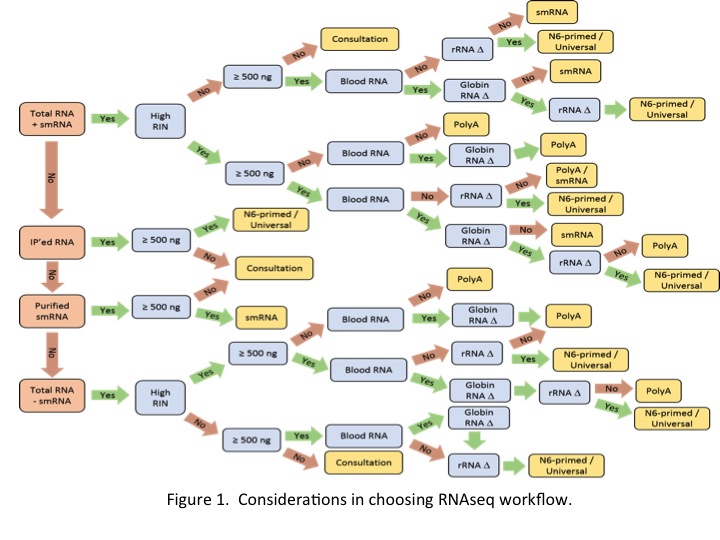 When selecting your service provider, it is important to clearly communicate your project needs and goals. myGenomics offers a variety of RNA-seq solutions and discusses your project in detail prior to beginning any work to ensure you will obtain the desired data (Figure 1).   PolyA mRNA sequencing is typically performed using oligo dT priming or oligo dT capture of the poly-adenylated mRNA, followed by double stranded cDNA preparation using standard techniques (reverse transcription and second strand synthesis).  Because the polyA mRNA can be selectively targeted during the cDNA preparation process, rRNA is of minor concern in these samples.  However, polyA mRNA studies are very sensitive to the quality of the total RNA.  Low RNA integrity would result in 3’ bias in the RNA-seq result.  The lower the RIN value of the total RNA sample, the greater the severity of bias.  While this would not impact genes expression analysis on the gene level, isoform analysis would be hampered or non-quantitative.  Many reasons may underlie low RIN values for a total RNA sample, including inherent sample properties as seen in formalin-fixed paraffin-embedded (FFPE) samples or immunoprecipitated RNA, or sample degradation.  In these instances, random primed cDNA preparation is recommended.

For studies which desire inclusion of non-adenylated mRNA in addition to polyA mRNA, myGenomics utilizes the Epicentre Ribo-Zero rRNA depletion kit followed by random-primed cDNA synthesis.  Low RIN samples should also be processed for rRNA depletion prior to random-primed cDNA synthesis.  rRNA comprises up to 80% of the total RNA in a cell, and failure to selectively deplete this population would result in an RNA-seq dataset comprised of essentially rRNA reads only.  Not only is rRNA depletion of concern, but for samples derived from whole blood, globin RNA depletion using GLOBINclear is recommended, a service which myGenomics can provide. Techniques have improved for cDNA preparation, making the input requirements much lower than just a few years ago even for random-primed projects.  myGenomics can process samples for random-priming with as little as 500ng total input.

In addition to the RNA-seq study designs to assess long RNA populations, certain studies are designed to study only the small and micro-RNAs of the cell, requiring specialized library preparation.  These libraries are prepared using ligation of adapters directly to the RNA prior to reverse transcription.  This is followed by strict size selection of the library to ensure only the small RNA populations are sequenced.  Such libraries typically do not require the long read lengths employed in standard RNA-seq, that is paired end 75-100nt reads.  Instead, much shorter single-end read reads (35nt) can be utilized.

Strand preservation can be retained in standard RNA-seq by utilizing dUTP in the first strand cDNA reaction, followed by standard second strand synthesis.  The resulting cDNA can be used in the initial steps of library preparation (end-repair, A-tailing and adapter ligation) followed by digestion of the uracil containing strand.  The result is a library with a theoretical 2:1 read bias toward the template DNA strand.

myGenomics has also developed a universal RNA-seq workflow, which allows sequencing of all of the populations in a single reaction.  This workflow has the advantage of providing a strand-specific library, allowing the customer to determine which strand of the genomic DNA serves as the template during transcription.  Our scientists also have experience in transcript-specific library preparation and sequencing employing primers targeting a set of specific transcripts of interest or using custom library capture to target pathway specific or project specific genes of interest.

(find out more at www.mygenomics.com) 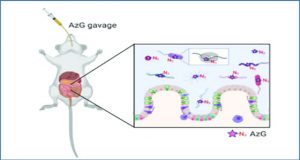 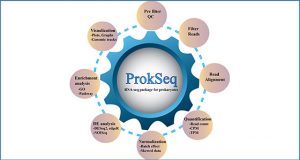 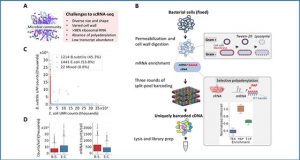 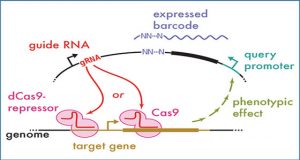 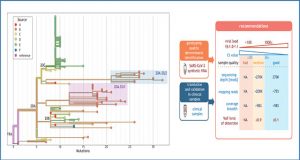