Most RNA-seq data analysis software packages are not designed to handle the complexities involved in properly apportioning short sequencing reads to highly repetitive regions of the genome. These regions are often occupied by transposable elements (TEs), which make up between 20-80% of eukaryotic genomes. They can contribute a substantial portion of transcriptomic and genomic sequence reads, but are typically ignored in most analyses.

Researchers from Cold Spring Harbor Laboratory have developed a method and software package for including both gene- and TE-associated ambiguously mapped reads in differential expression analysis. This method shows improved recovery of TE transcripts over other published expression analysis methods, in both synthetic data and qPCR/NanoString-validated published datasets. 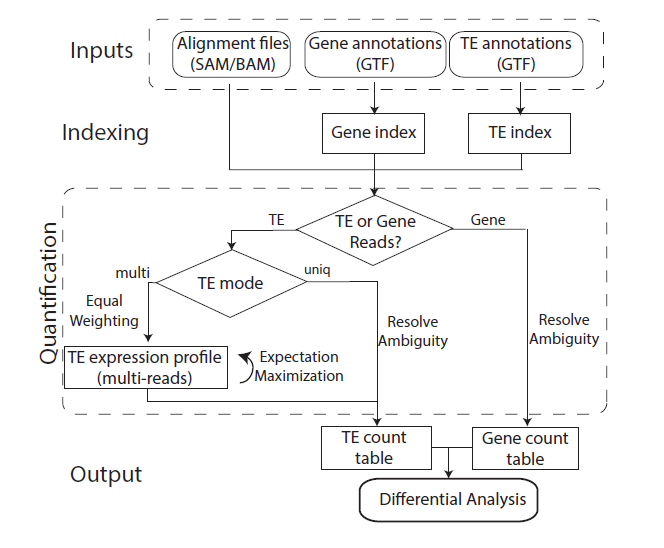