Posted by: RNA-Seq Blog in Expression and Quantification, Other Tools January 17, 2014 7,200 Views

Gene expression measurements have successfully been used for building prognostic signatures, i.e for identifying a short list of important genes that can predict patient outcome. Mostly microarray measurements have been considered, and there is little advice available for building multivariable risk prediction models from RNA-Seq data. Researchers at the University Medical Center Mainz, Germany specifically consider penalized regression techniques, such as the lasso and componentwise boosting, which can simultaneously consider all measurements and provide both, multivariable regression models for prediction and automated variable selection. However, they might be affected by the typical skewness, mean-variance-dependency or extreme values of RNA-Seq covariates and therefore could benefit from transformations of the latter. In an analytical part, the researchers highlight preferential selection of covariates with large variances, which is problematic due to the mean-variance dependency of RNA-Seq data. In a simulation study, they compare different transformations of RNA-Seq data for potentially improving detection of important genes. Specifically, they consider standardization, the log transformation, a variance-stabilizing transformation, the Box-Cox transformation, and rank-based transformations. In addition, the prediction performance for real data from patients with kidney cancer and acute myeloid leukemia is considered. The researchers show that signature size, identification performance, and prediction performance critically depend on the choice of a suitable transformation. Rank-based transformations perform well in all scenarios and can even outperform complex variance-stabilizing approaches. Generally, the results illustrate that the distribution and potential transformations of RNA-Seq data need to be considered as a critical step when building risk prediction models by penalized regression techniques. 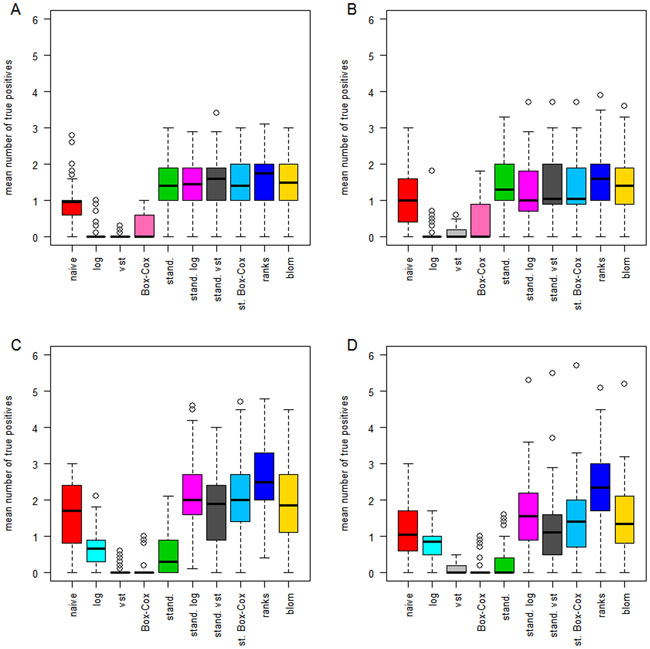